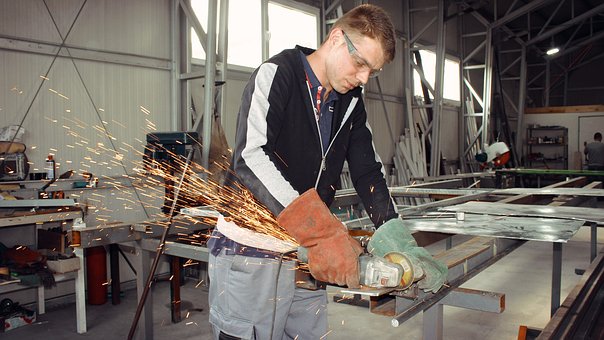 Hammer is one of the kinds of industrial tools. It is a tool that is made of metal that is fixed on a long wooden object. Hammer is used for different purposes. For example, it is used to fix nails into something, it can be used for breaking something, it can be used to give a shape to some hard object etc. These kinds of works are usually done in construction so the hammer plays a vital role in any construction.

Screwdriver is one of the most common kinds of industrial tools. It is found in every person’s house. It is handled by a human hand that uses it to fix the screws. Screws have straight cut on top of it through which screwdriver gets attached and helps in fixing the screwdriver into an object. The screwdriver comes in many shapes according to the screw and usually comes in metal. Its handle is made of wood which makes it easy for a person to hold and move.

Spanner is one of the kinds of industrial tools. It is usually made of steel. It is very practically designed that it helps in moving the object. It tightly holds the object for example nuts, you can easily move them because of the tight grip a spanner provides.

0shares
We use cookies to ensure that we give you the best experience on our website. If you continue to use this site we will assume that you are happy with it.Ok